C.S. Lewis once wrote in “God in the Docks”:

“Of all tyrannies, a tyranny exercised for the good of its victims may be the most oppressive. It may be better to live under robber barons than under omnipotent moral busybodies. The robber baron’s cruelty may sometimes sleep, his cupidity may at some point be satiated; but those who torment us for our own good will torment us without end for they do so with the approval of their own conscience. They may be more likely to go to Heaven yet at the same time likelier to make a Hell of earth. Their very kindness stings with intolerable insult. To be ‘cured’ against one’s will and cured of states which we may not regard as disease is to be put on a level of those who have not yet reached the age of reason or those who never will; to be classed with infants, imbeciles, and domestic animals.”

Or, as Lewis says elsewhere, “Of all bad men, religious bad men are the worst”.  The evil done in God’s name is actually viewed as good in the eyes of religious evil-doers. Hitting a child is not abuse, its “correction”. Emotional manipulation is not coercion, it’s “caring for the sheep”. Starvation, subjugation, and shame are considered weapons in the arsenal of God’s warriors against the wiles of Satan.  Not doing the evil thing is considered unfaithfulness.  Everything gets turned around and upside down.

Meanwhile, grown men and women are treated as small children, or as dumb lambs, and their development is held captive by the capricious villainy of little tyrants.  Through various degrees of emotional, spiritual, physical and sexual abuse they are beat unto an inch of their life with authority’s abusing fist, and are “made” to be what their parents and pastors fear and love the most: weak, ineffectual, frightened, compliant, complacent, unquestioning, unthinking patsies.

But here’s the rub:  they’re not complacent, they’re not ineffectual, they’re not patsies.  The children who were called depraved, foolish and rebellious by everyone else are still there behind that frightened facade; and they are strong.  Within them there is a deep, abiding evil-fucking, world-healing power of sensitivity and love and gentleness and hospitably and anger.  They know that it’s okay to wander and doubt.  That its okay to wonder and marvel.  That its okay to be sad and to grieve and to have unlimited bounds of joy and happiness.

They are leaving their sources of torment and are finding freedom.  They are finally finding themselves.  They are writers and editors, speakers and organizers, travelers and artists, bloggers and moms, engineers and activists.  They fight and love and hurt and grow.

To all the purveyors of righteous tyranny, hear this:  We’re still here.  We’ve survived.  We’re strong.

And we won’t forget.

One thought on “The Tyranny of the Righteous” 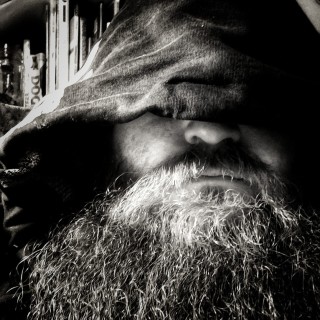 The Wandering Gael is a depressive castaway, loved by his wife and children, striving to live simply and softly. He writes software for a living, but would much prefer to spend his days flirting with his wife, playing with his kids, reading with the birds in his flower gardens and writing with the faeries in his head.